Southampton manager David Morrissey today slammed striker Sofiane Boufal for his equalising goal at home to Tottenham (Saturday 25/01/2020) that condemned his side to a catastrophic FA Cup Fourth Round replay.

A disgusted Morrissey, whose sense of fun has, according to friends, been largely absent since being overlooked for the starring role on Doctor Who in 2013, groaned that "flights have been cancelled" for the club's eagerly anticipated warm weather training break, mumbling bitterly "now we have to go there [The Tottenham Hotspur Stadium}".

Moaned Morrissey, "This goal by Sofiane - only his second in 18 f***ing months by the way - does nothing to help us finish between 14th-17th in the Premier League, and I'll be reminding him of his responsibilities to the fans. If you asked them what would they prefer, a chance of getting to Wembley in this "FA Cup" or consolidation as a lower-table established Premier League team, I think there would be only one answer".

When pressed on the joy that the club's 1976 FA Cup Final win over Manchester United gave the Southampton supporters, Morrissey was prosaic. "If things had turned out differently, I could have gone back in time and done something about that: I'd have looked every one of those celebrating fans in the eye and lectured them out of the fun they seemed to think they were having. Sometimes fans don't understand the game and need to be educated. Arseholes!".

"Pushed on the wisdom of dubbing the club's supporters "arseholes", Morrissey nearly lost control of his passive-aggression.

"The BBC!", he said through gritted teeth. "I mean the BBC! They picked Capaldi didn't they?!"

Although Morrissey  - real name Ralph Hasenhuttle - insists that his club's Premier League drudgery has to be protected, sources close to the club believe that Cup replays remind him of sequels, and that he is still scarred by the memory of his role in Basic Instinct 2: Risk Addiction, the 2006 follow up to the 1992 original. While Paul Verhoeven's first offering provided a Box Office smash and worldwide acclaim for Sharon Stone, the second was made without Verhoeven and casted Stan Collymore. Morrissey has remained quiet on his involvement in the universally panned BA2:RA, but rumours persist that privately he felt duped by the whole affair, believing that the appearances of Collymore and an 'S Stone' made for an interesting film project on Nottingham Forest in the 90's. Morrissey understood that he was to be cast as Frank Clark, but instead played a sex therapist driven literally mad by his lust for Stone (Sharon), who'd already seen off Collymore in the opening scene (some film goers suggesting that the ex forward's demise after two minutes was barely longer than his career at Bradford City).

Associates of Morrissey ask for respect and privacy at this difficult time, while understanding that during the replay they are powerless to prevent a cigarette-smoking Jose Mourinho repeatedly uncrossing his legs from the dugout. 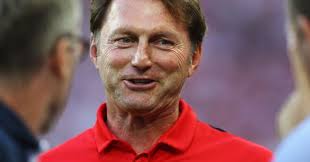 We Want Our Football Back! Freedom of Movement Forever! A nation brought together by petty VAR bureauprats?

"Let the healing begin", said the newly elected Prime Minister of England on December 14th. Quite how this is expected to go hasn't been clarified, although Eileen Drewery has ruled herself out of leading any task force on the matter.

The PM may wish to follow the lead of new Arsenal manager Mikel Arteta who, faced with a similarly impossible mandate, concentrated on "quick wins". Tory PM advisors, reliably adept at analysing the metaphorical direction of aerial activity, may turn their attention to a topical gale sweeping through the world of football, where the totalitarian VAR regime is meeting varied and increasing hostility, threatening even to bring The People together.

"I'd never felt as close to the nation as when I logged on to BBC Sport online and witnessed the scale of disgust from so many betrayed people" said Pam Deenamu of the general public.

Fay lee Dintits from A Clear Headspace beamed "The hatred and vitriol for VAR has united my home town in a way not seen since the council suggested three-weekly bin collections".

An Arsenal fan added, "Even us Gooners thought Tottenham's disallowed goal at Leicester was a sick joke. I mean, Son's nipple putting him offside? But then came Lundstram's big toe at White Hart Lane, and then the ancient discovery of Chambers' foul at The Emirates. Not to mention the Grealish heel at Burnley, or the Pukki Goal of The Month reduced to ashes...eventually. And don't get me started on Firmino's thigh bone..."

The outpouring of despair is a blow for VAR who had banked on universal acclaim by now, expecting to have reduced assistant referees (apart from the indestructible Sian Massey, an example to us all) to gibbering wrecks living in fear of being found guilty of applying the spirit of the game. Jonjo Shelvey's delayed goal for Newcastle United at Bramall Lane and Dan Gosling's belated lobbed winner for Bournemouth at Chelsea in the November round of midweek Premier League fixtures had VAR rubbing it's hands with glee at the sight of their masterplan being well on track. Both efforts were flagged offside despite the players' in question being almost in their own half when they steered their respective shots in. This then allowed the all-knowing, step-aside Madam VAR to enter stage left and come to the rescue.

Ironically though, the very public who seemed to want the technology (the instant a refereeing decision went against their team) have not developed into the grateful peasants as hoped. The chant "It's not football anymore!" is believed to have originated at Bramall Lane, but was also heard at Turf Moor on New Year's Day by both visiting Aston Villa fans and home Burnley fans while the Grealish heel goal was being dissected.

The attitude of those Burnley fans, sacrificing their own fortune for the greater good, may be an unusual concept for the serving government of the day, but the online slaughter of VAR, preceded by a (Grealish) Heel (sic) The Country slogan near you may well become an un-reviewed reality.
at January 09, 2020 No comments:

Some people like to begin their resolutions in earnest, beginning the new year, new decade, in positive form. It may not last but it's the effort that counts. Well done to all of you with that attitude.

Me - I'm going to moan about the number of mediocre former Spurs players in the media!

On New Year's Day itself, largely forgotten White Hart Lane turf-treader Andy Reid (yes, you remember, also played for Nottingham Forest, bit tubby for a footballer, little chap, dark hair, played on the wing...no, not Jose Dominguez, but made almost the same kind of impact) was among a panel of Five Live "experts" (Dion Dublin was also classified as one of these) discussing the topical points of the day, chaired by that presenter who has the same weedy voice as Jon Richardson and probably knows less about football.

In fairness to Reid he isn't annoying, merely a voice over the airwaves that follows the main commentator, just his Irishness standing him out from the crowd of dull observers. His approach, unsurprisingly, is less combative than his colleague Michael Brown, also from the same era of mid-2000's Tottenham Coldspur. Brown scored 22 goals in the Championship for Sheffield united in 2002-03, and I was a little worried when he joined Spurs, but oddly he performed in David Pleat and Martin Jol's teams as a fouling midfielder in the David Howells mould. Leaving Tottenham two years later to literally scrap for a middling career in the Premier League with Wigan and Portsmouth, Brown returned to the top flight a couple of years ago to bless listeners to the world service with his priceless experience of trophy-hunting (lost 1-0 to Chelsea in 2009 FA Cup Final).

Another underwhelming lilywhite from the time, Jermaine Jenas, took the bold step of indulging in title talk as a Match of The Day pundit, insisting during the "business end" of 2015-16 that Leicester City "will feel the nerves" at the top of the table, while his former North London employers hung on to their coat-tails. My research team tell me that across his six seasons as a Spurs player, JJ finished 6th, 5th, 11th, 8th, 4th and 5th in the Premier League, so to come to his title-race conclusion he presumably called upon personal memories from the Sunday League or on Championship Manager.

Jenas's MOTD pal, Danny Murphy, hails from the same Tottenham Hotspur period of insignificance, but both men over the last few seasons have regularly commentated on a period of The Lane history that is far more respectable than theirs. Murphy did enjoy a successful spell at his home club Liverpool, but none of the others I've mentioned would have got anywhere near Mauricio Pochettino's sides. New Spurs boss, Jose Mourinho, might possibly have considered Brown as an option, but then more probably would have thought better of it, even when looking at Eric Dier.

There are more celebrated Tottenhams in the media - Hoddle, Waddle, Lineker - and their positions aren't questioned (by me anyway) though I guess that the Five Live factory of average players from average Tottenham teams (granted, Jenas won caps for England, but can anyone other than him remember the matches in question?) taking up the mic just goes to show how difficult it is these days to break into pub ownership or mini-cabbing.

Antony Gardner, we are expecting you! 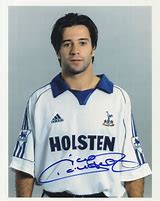 Andy Reid (left) - not to be confused with Jose Dominguez (below).

For someone who exhausts the patience of my dearest ones with terrible puns, it comes as a massive jolt to the system when I miss one. My fa...